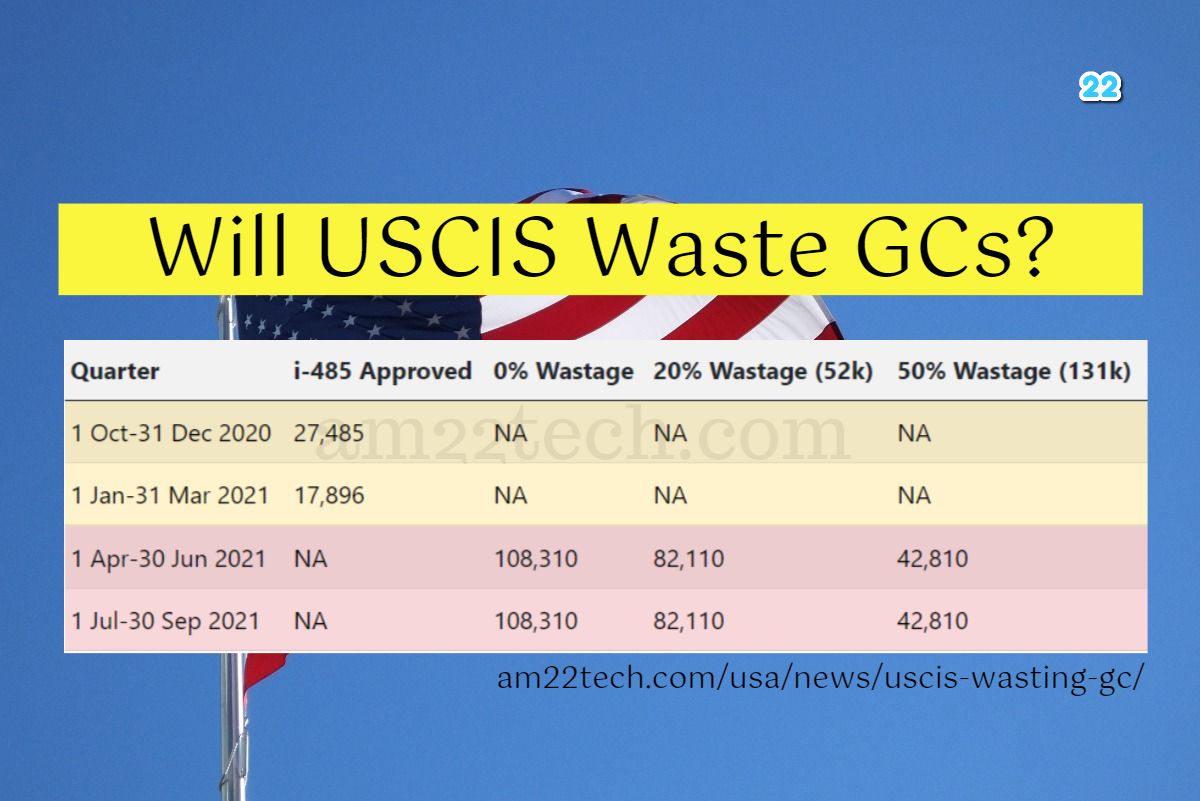 USCIS has approved only 17k GC in second quarter vs 27k in first. It may waste most of GC spillover in 2021 if speed of approvals is not increased immediately.

This is not good. Seems like almost certain that much more GCs can get wasted

Charlie may not increase the Eb2/Eb3 FAD anymore seeing these numbers for the rest of the year.

Can @amtech22 make predictions on up till which Priority date in both EB2 and EB3 will get Green Cards in Hand if out of the 262,000

You can play with the Green Card wastage values yourself here:

Thanks @anil_am22 .This app provides insight into Priority Date becoming current .
I was looking Predictions 1 step further i.e after the I-485 packet has been submitted , up till which dates will EB2 and EB3 be getting Green Cards. I understand there is no calculation possible , still asking.

I have heard and also seen reports that once your FAD becomes current, its totally random i.e. PD 2011 can get GC before PD 2010.

This would defeat the whole purpose of the PD and one’s number in the GC line. I dont think USCIS will do this kind of random processing.

That is correct and I know some people from 2010 who have not received their GC while some from 2011 who have. All of them are current, and documentary qualified. After PD is current, it is a random luck of draw though some say that it depends on the Received Date and also on the officer handling your case.

Have you already filed your I485 in October? Are you a downgrade or straight EB3? I believe that if you already filed in Oct '20 then you have a good chance of getting greened, assuming USCIS gets its act together in FY 2022.

Why do you keep asking the same question when your employer is not even supporting downgrade?