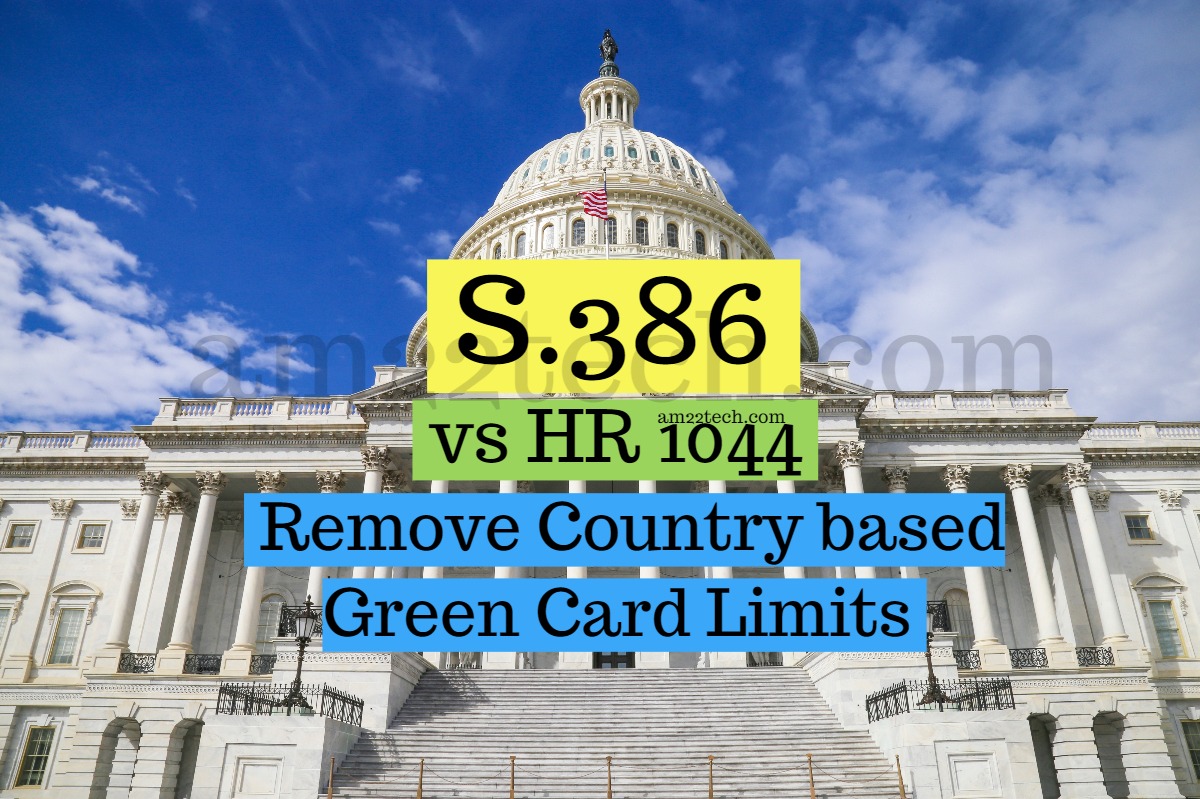 If the US immigration cannot give “fairness” - where all global citizens are on same level playing field, at least they should implement a points-based systems like Canada…Anyone opposing HR1044 and SR386 need to realize that the world is a “meritocracy”.

Conservative measures to block highly skilled legal immigration will not pan out well in the long term for any nation. Look at Canada, trying to establish itself as future tech hub.

Only reason we havent yet moved there is because the tech HQs of the world are in Bay Area and Seattle. The day companies decide US is being too stringent to get talent, they will move else where and with them we will too and US will be the losing side that day…Rather than create these blocks, Americans need to try and compete with Indians on technology…like us you too spend grueling years learning and studying diligently and developing skills…we came here by being the best among the best…why do you think so many top tech CEOs are Indian?

Ah yes, the classic threat of “moving to Canada”

How this act is fair. Green card rules are fair, because each country gets same amount of visas. Having one country that have most applicants doesn’t mean we need to be unfair towards other countries.
If you can’t cheat the system it doesn’t mean it’s unfair.

So you mean Malta with less than 500K population and China with 1.4B population will receive the same number of green cards? I don’t think this is called FAIR. Why people should be punished based on the country of birth in a country which was created by immigrants.

It’s fair because in our country we get no more than 7% of immigrants from any other country. Otherwise we’ll have 75% Indian and Chinese and 25 from rest of a world. How is that fair to our country? We need immigrants from every country in a world not just from 2 countries. So when you thinking about fairness think from US perspective.
We already have this issue with H1B which occupied by Indian consultants and people people from other countries can’t get Visa. We don’t need to have same with greencards.

We already have this issue with H1B which occupied by Indian consultants and people people from other countries can't get Visa. We don't need to have same with greencards.

Exactly. In that regard - Exclusive: U.S. tells India it is mulling caps on H-1B visas to deter data rules - sources - Reuters

This should have been done a long time ago.

This will cripple people in places like Seattle who are already faced with an extortionate cost of living because of the influx of ‘skilled’ workers. If the tech companies had spent the last 20 years training Americans rather than trying to bring in immigrants that are trained for free that they can also pay less we would not stand on the brink of a cost of living crisis now.

This act is NOT going to increase the number of green cards. So, these people are already living in USA and waiting for their GCs.

Instead, they will add more income tax revenue for government than the other people who get GCs by lottery or come to US on family based GC. Isn’t it?

The same thing that you think will be dreadful for non-indian and non-chinese is what they are suffering from.

Since, you are not suffering even after paying tax and making honest living, you think it is not worth even considering and making a change to law.

Anyway, that’s your opinion and thanks for sharing. But, it does not really make a fair play for the people who are suffering.

HR 392 is. HR 1044 now to remove country based green card limits. Will benefit India and China to reduce wait times.

Well, I guess it depends on your understanding of “fair”. Fair to Indians or fair to everyone.

That said, once the backlog is cleared (which is what I have a problem with), I guess I don’t see the issue with it, since the H1b cap is 65,000 and the employment green card is 140,000 which would basically allow everyone from two consequent years to apply for and get GC.

“For almost a decade, no other country except Indian and China will receive any Green card as their nationals, that are waiting in queue, will get benefited.” - what’s your math behind that remark? We have a backlog of 370,000 Indian/Chinese? Even without a transition period that would be cleared in 3 years. And how did you reach the conclusion that no other country would get it? It will be on first come first serve basis.

I am guessing there will be no action on this bill until the impeachment drama is over ?

^^^^ This above is very disconcerting.
Why is there so much opposition and hatred towards India and Indians?
Why are they being treated any differently?

what would have been the scenario if the backlog was from some European nation, Japan or Vietnam… as such-for the sake of exmplke.
Would there have been a similar opposition?