Can someone tell what does it mean “Action on your case has been suspended, and the I-129 petition for a non immigrant worked filed on your behalf will be returned to the USCIS with a memorandum explaining the facts of your case as presented to us at the time of interview”.

Is this case still under process at USCIS instead at Kollkata consulate. Can he schedule the visa slot once again as this case is refused by consulate. 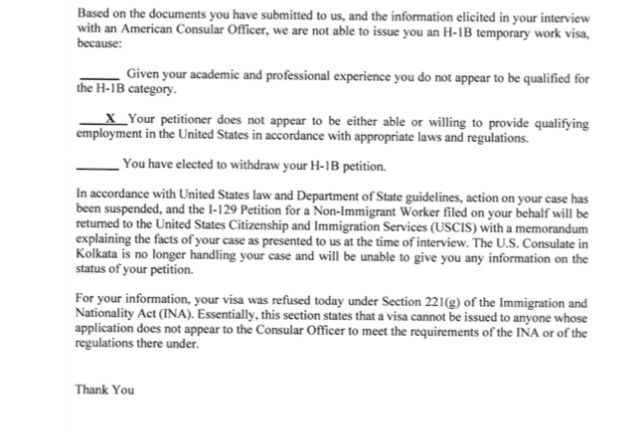 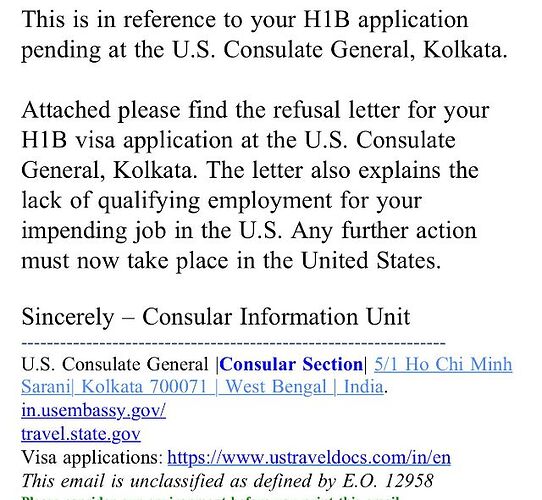 Based on the reason provided by the consulate, looks like they denied the H1B visa and may have requested USCIS to further review and may be revoke the H1B petition as the consulate thinks that a qualifying H1B employment do not exists.

Not sure if your friend submitted the SOW between his/her employer and the client instead of client letter. Maybe it was answer(s) to certain question(s) that the consulate officer didn’t find satisfactory enough to make them believe that a bonafide H1B job exists for your friend.

Tell your friend to work closely with the employer and their immigration lawyer for further actions.

Hi Kalpesh, thanks for responding. Could you please elaborate “they denied the H1B visa and may have requested USCIS to further review and may be revoke the H1B petition”, if his H1B is revoked can he transfer the petition to different employer.

If the beneficiary has not done visa stamping and never worked for 1st time H1B sponsoring employer, cap-exempt transfer to another employer may or may not be approved, its totally at discretion of USCIS.
However, in your friend’s case though if USCIS revoke, it will be as if the H1B was never approved and so never counted against the cap which means, he/she may not be able to transfer at all.